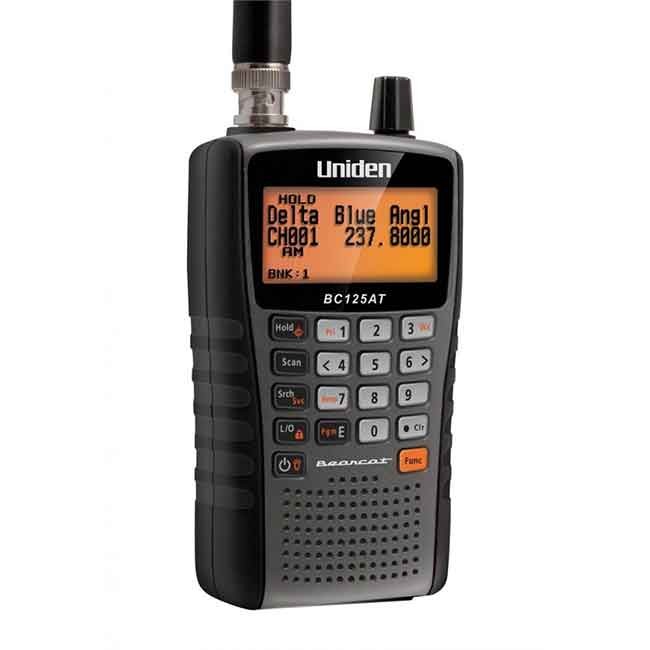 One of the first thoughts that came to mind when I decided to do a Uniden comparative analysis was something I read a few years ago about the marketing strategies of big manufacturers.

One trick to get people to develop a new interest in an old product is re-branding. Simply change the color, design and/or name of a product and market it as new and improved. Most often than not, it works as consumers think they are getting an improved version of the old product. They won’t mind paying a higher price.

Can the same be said about the BC75XLT and the BC125AT? Are Uniden trying to make handheld scanner enthusiasts shell more than 30 bucks to get the 125AT, an apparent upgrade on the 75XLT?

Hopefully, you would be able to answer both questions at the end of this BC75XLT vs BC125AT piece. 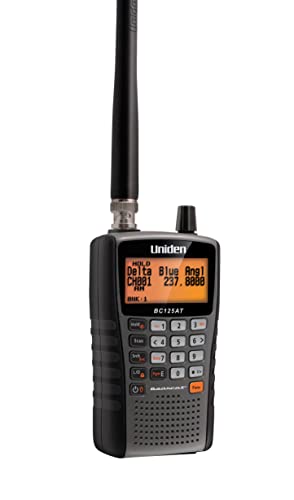 One of the first things you’d noticed about the two Scanners when you have them side by side is the obvious difference in size. The 125AT is clearly bigger and at about 16 oz, it is about 2 oz heavier than the 75XLT.

If that were all the differences between the two, it would be safe to assume that Uniden were looking at hand sizes. Obviously, if you have small hands, you’d settle for the 75XLT.

But should a few inches difference in the dimensions justify the huge price gulf between the two scanners?

Note also that in terms of design, both scanners are completely identical. Though, according to Uniden, the 125 is available in other colors apart from the more ubiquitous black.

Still on the design, both devices have a similar LCD display with backlights that can be turned on or off. The LCD display shows icons representing the alpha tag, mode, signal strength meter, and frequency.

Below are more similarities between the two scanners:

Programming- Before you can take both scanners out for a spin, you need to program the frequencies.

You can download the software for free from Uniden’s website. Using a good programming cable, the intuitive software interface makes for easy installation of all the necessary drivers and your preferred frequencies.

The two scanners can also be programmed manually. But you should only go down that route if, for some reason, the PC programming option is not available to you.

The DND is automatically deactivated and the scanners can resume searching for other transmissions once you are finished monitoring a particular transmission.

Lockout features – Users love this feature as it allows them to set the scanner to ignore certain channels or frequencies while scanning. This saves a lot of time and gets you what you want quickly.

Another aspect of this feature is its ability to temporarily lock out a particular channel when it is activated. Since it is just temporary, the lockout is lifted when the units are switched off.

When you switch them back on again, the radio can scan and motor the channel unless you put it back on temporary lockout again.

Power – The power features include dual-power options that allow you to use either rechargeable batteries or 2 AA batteries. A USB cable is included in the pack so you can recharge the battery with it.

Other power features include the ‘Battery Save’ function that turns off the RF power when there is no transmission for 60 seconds. It automatically comes on for 300ms to scan for active transmissions. This feature only works in the ‘Scan Hold’ or ‘Search Hold’ modes.

And to round off the power features is the battery low alert to warn users if the juice in your battery is getting dangerously low. It beeps out a warning every 15 seconds until the battery is changed or discharges completely.

Other important features shared by both scanners include:

The head-to-head look at the features and functions of the Uniden BC125AT and BC75XLT started with the physical differences that are very obvious.

Beyond that, the only notable difference between the two lies in the programmable memory of both devices.

In the 75XLT, you can program 300 channels into the memory of the scanner. There are 10 memory banks each able to hold 30 frequencies.

With the 125AT though, there are 10 memory banks and each bank can hold 50 channels. That gives you 500 programmable frequencies.

Any conclusion to be drawn from a Uniden BC75XLT vs BC125AT analysis would be torn between whether the upgrade is worth the price difference or not considering you are getting practically the same performance from both devices.

On one hand, the BC125AT is a lot bigger gadget with several color options available apart from the more popular black.

Again, you’d get more memory space with the 125AT than with the 75XLT. To be precise, you would be able to program 200 more frequencies in the 125. That is quite a lot though.

On the flip side, unless you need the scanner for professional uses and you live in a big city, it is unlikely you would have up to 500 different frequencies to program. For many of us living in mid-sized towns, there are just not that many RF activities to require up to 300 programmed channels.

If you don’t mind the extra bucks though, go ahead and get the 125. Who knows, you might one day need all that extra programmable memory.