How To Build A Ham Radio From Scratch 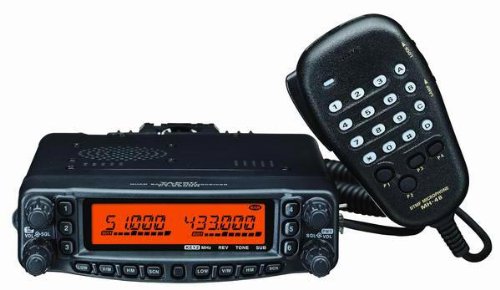 If your knowledge of electronic circuits and electrical components are rudimentary, you might be intimidated by you need to build a ham radio from scratch. But with the kits available online and in electronics ships, you’d be surprised how easy it is that even a kid can build one. In fact, DIY ham radio kits are even turning up in STEM subscription boxes for kids these days.

You could even get a handheld ham radio in some cases and start your ham radio operations immediately. Good handheld radios that can be used as a transceiver include several Baofeng and Yaesu devices you can find online

However, you’d need a license first.

Here though, we would show you how to build a ham radio from scratch and not the handhelds. This could pass as a complete radio shack for the beginner.

How to build a ham radio from scratch

There are five vital components you would need to build a working amateur radio station. These are:

Sending out signals begins with the transmitter. This is the equipment hams use to broadcast to the outside world.

The receiver is the opposite of the transmitter. it helps you convert the broadcast radio signal to audio format so you can hear what is being said.

The Yaesu FT-8900R and Icom 2300H 05  are two mobile transceivers you could purchase for this purpose.

Naturally, if you can afford it, there is no reason to go for an omnidirectional antenna.

If your ham radio is the mobile type installed in cars, there are very good mobile antennas you could install to boost your signal while on the road.

Unfortunately, when it comes to antennas, people focus too much on the wrong things. Many antennas out there don’t work as promised because of ignorance of how antennas work.

For example, a transmitter with a good SWR (which is a measure of how well the transmitted signal travels via the antenna system to the outside world), can still emit signals poorly if a low-quality antenna is coupled to it.

So the focus should always be a high-quality antenna first before anything else. And the first step to doing that is to understand how antennas work.

However,  it is an important piece of equipment you should have if you want to make your ham radio shack better at receiving and transmitting signals.

Antenna tuner comes in different shapes and sizes. Of course, there are very sophisticated ones that cost a lot of money.  But you can get a pretty decent one like the LDG Electronics Z-817 Automatic Antenna Tuner, either used or new, at a modest price.

If you consider that antennas don’t perform well in bands other than the one they were designed for, you would appreciate the utility of the antenna tuner in making multi-band transmission possible.

So. if you want to expand the capability of your simple antenna in terms of effective bands and frequencies, you should get this equipment.

Before you can operate a ham radio, you must have a license. There are three classes of license, and these are

Entry-level license or technician – This is the basic class and does not have all the privileges of the other two classes. With this license, you are restricted to just a few HF bands and can’t take part in long-distance communication.

General Class – This is the most popular licensing category. To get to this level, you need to pass the technician exam first. You get more HF band privileges with this license. Many hams don’t see a need to go beyond this point.

Advanced level (Amateur Extra) – This gives you access to all HF bands and the entire radio spectrum is open to you. To get this class, you must have passed the licensing exam of the general and have had a few years of experience operating a ham radio.

For newbies, it recommended that you use the kits to build your ham radio. Later, when you are comfortable with the workings of the various equipment and know more about the technical requirements, you might decide to design and build the ham radio yourself.

In this case, you need to know how to read and understand circuit diagrams so that you can assemble the various pieces yourself. The diagram for the various electronic components of the ham radio can be found easily online.

Even diagrams of how to construct the various types of antennas can easily be found online. But as earlier stated, except you have prior technical knowledge, it might take a while to get to that point.

So your best bet is simply to purchase the various kits so you can get started almost immediately.

If you know somebody who is seasoned in ham radio operations, get close to them and learn as much as possible. You would probably need their help when it is time to assemble the kits and getting the best from your ham radio initially.

You don’t have to wait until you have accumulated a nice stash of cash to start a ham radio operation. You could easily build the Ham radio from scratch by buying the needed kits and equipment. If you are patient and know what you are doing, you could get the basic kit for less than $200.

That includes the transceiver (a combination receiver and transmitter), antenna, antenna tuner (which is not absolutely necessary), and of course your license that you need to get before operating a ham radio legally.

What Does Ham Radio Stand For?

Best Ham Radios For Beginners [ Personal Experience Over The Years]