How To Unlock Kenwood Handheld Radio 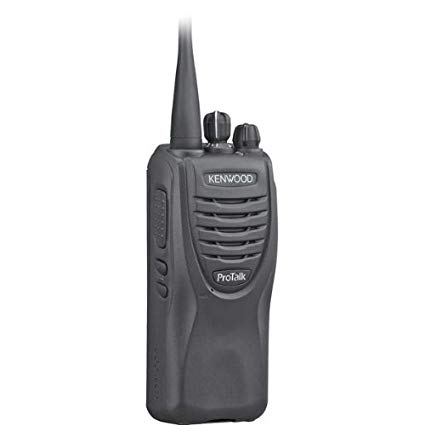 How to unlock Kenwood handheld radio is a common question many walkie talkie vendors get from users of these devices. The ‘lock’ issue is an unintentional fallout of a nice little feature known as ‘Super lock’ that can be found in supported Kenwood walkie talkies.

In a nutshell, what super lock does on supported Kenwood radios is to lock your settings to a specific channel. In other words, you are fixed on one channel and turning the knob at the top of the two-way radio to change channel would have no effect. All you would get is an audible beeping sound if you keep turning the channel.

Here is one way this can be a huge problem: assuming your team decides to switch channels to a more secure frequency, you would be left out of the loop since your device is locked.

Locking is not always a bad thing though. This feature was added to the Kenwood TK ProTalk series to prevent accidental changes to your settings and most specifically, your channel settings. Accidental activation of the ‘lock’ feature can also occur in other handheld 2-way walkie talkies from Kenwood including older models.

If you know how to operate the Kenwood ProTalk radio very, you could activate the ‘lock’ deliberately to protect your channel settings from accidental changes.

If you are facing this problem at the moment, you are in the right place for a resolution. So whip out your Kenwood device and let’s get to it.

Before we go into how to unlock your Kenwood handheld radio, it would be a good idea to know how the super locked feature was activated in the first place.

How Super Lock is accidentally activated in Kenwood handheld radio

The Kenwood TK ProTalk series and other models are designed with three buttons on the left side of the radio. The top button is the PTT button. It is easily recognizable as the largest side.

Below the PTT button are two more side buttons for navigating up down the menus of the radio. These are the side buttons 1 and 2 for the top and bottom buttons respectively.

Super Lock is activated or the radio is locked to a specific channel when the side button 1 is pressed for more than three seconds. This can only happen if the radio is already switched on though.

The location of the ‘lock’  buttons actually makes it easy to lock the radio to a specific channel. This can be ‘accidental’ if you don’t know what you are doing. This is a common occurrence with new users who are just getting to know their new device.

How to Unlock Kenwood Handheld Radio

Fortunately, to unlock A Kenwood handheld radio that was accidentally locked is so simple even a kid could do it.

You could test it to make sure by switching channels. You won’t hear the beeping sound anymore as you turn the knob.

Kenwood had good intentions when they decided to simplify the ‘lock’ feature using the side button. Unfortunately, it has become one of the most talked-about problems among new users.

At the same time though, it’s great that unlocking a Kenwood handheld radio that comes with a super lock feature is very simple. There is no need for any complicated wireless cloning or re-programming of the software. This is awesome as you don’t have to send the radio back to your vendor.